You’re running through on goal with the defender breathing down your neck. The goalkeeper has made themselves look as big as they can, and you know that all eyes are on you.

Watching from afar it may look easy. We’ve all been supporting a team and see our number ten running clean through on goal, only to see the goalkeeper save a miscued finish. It’s frustrating, dis-heartening also, as it may be the best chance of the game that your team has just missed.

However, it’s not as simple as it seems. There are a lot of different factors affecting the attacker's thinking when they’re running through on goal, and it’s not always to do with the player's technical ability.

There are some players who seem to thrive in these situations. The best I’ve probably ever seen was Michael Owen when he burst onto the scene in the late 1990’s. His electric pace and ability to run in behind the defence was second to none, and you always felt confident that he was going to score.

Really that is the key to it. As a spectator I felt confident because Michael Owen always looked supremely confident. There’s times you see a player run through and the legs begin to stumble, they may look heavy legged and all of a sudden their co-ordination goes. The heavy legs miscue a shot that bobbles to the goalkeeper for an easy save, or they don’t even get close, getting dispossessed just as the opportunity presented itself.

In today’s game, especially in the Premier League, I would class Mo Salah as the best finisher in these one on one situations. He just always seems to place the ball in the bottom corner, away from the goalkeeper's despairing dive. Watching these situations there just seems to be an air of authority about his play. The chance is there and bang, he’s taken it. No delaying, no stuttering, just a supreme confidence in his ability to find the net. 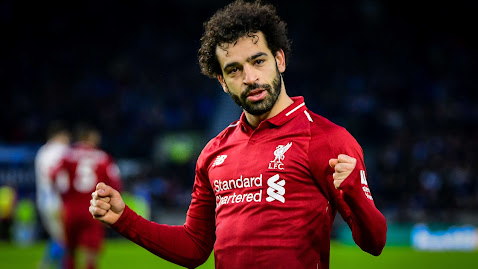 Mo Salah, one of the best one on one finishers in the EPL.


We all want to be like this, but how do we do this?

Believe it or not, it’s not actually always about what you do with the ball. The art of finishing in the one on one situation is important, but it’s something we can all do. Placing the ball into the corner of the goal is well within the capabilities of most players, but misses still happen.

So how can we become more effective in front of goal, putting away the majority of these one on one situations?

We aren’t always going to score, good goalkeeping and defenders will see to that, however we need to take control of the situation, especially when it needs great concentration and technical ability.

Just picture the scenario, you’ve received the ball over the top from the central midfielder, finding yourself a couple of yards ahead of the last defender. The goal is twenty yards away and you see the goalkeeper coming off their line, staying steady and not over committing in their movements. It can feel like you, and the goalkeeper are the only ones in the game, but we’ve got to make sure that we take the defender out of the situation first.

As you take your first touch, move the ball slightly across the path of the defender. Doing that will allow you to cut across their recovery run, getting in their way. If the defender clips your heels, and fouls you, as you're bearing down on goal then there is a good chance they’ll be sent off for denying a clear goalscoring opportunity. The option for the defender then is to slow down. If they slow down and you accelerate away then you’ve bought the time and space to score a goal.

Cutting across the defender is key, but also you must make sure you take control of the situation, and you can do this by being observant. Look up, assess the distance from you to the goal, allowing you to decide what touch you need to take. Judge the goalkeeper's positioning and their approach to you. Doing this gives you the control and puts you in a much better situation to be composed and calm. If you can run through on goal, and feel calm and composed, then you have a much better chance of finishing your opportunity.

But, we still have the most important part to do. It’s likely that the goalkeeper will try to make themselves big as you're about to strike the ball. They’ll aim to cut down the angles and make your finish predictable. Goalkeepers aim to take control in the situation, but just remember, you have the ball. Looking up allows you to see what you can do. If there’s space in the corners then use the instep, as accuracy is key in this situation. If there is little space then we need to be creative and find another way past.

The keeper will try to smother you, potentially diving at your feet to get a touch or deflection on the ball, a little look up can show you the space over the top of them as they go to ground, giving you the chance to dink the ball over their head.

There are many ways to score a goal, but you have to take control of the situation. Cut across the defender, look up and see how the keeper is positioned. If you do this then you know what is happening. More often than not the players that miss in these situations are nervous and anxious because they don’t feel in control, losing confidence because they are unsure where the last defender is while feeling that the goalkeeper has positioned themselves well.

Be calm, take control and assess what is happening. If you do this then you will show that you are more confident, meaning that you act more confidently, giving you the belief that you will finish your chance. 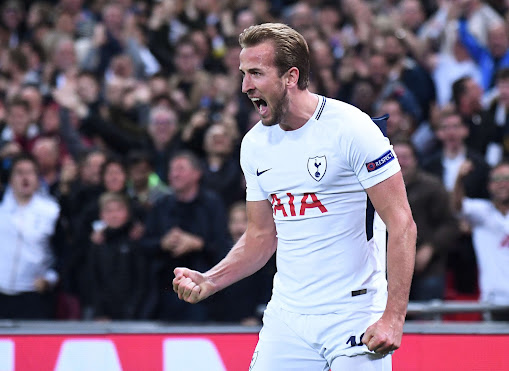 One on one's aren’t as easy as they look, but you can become much more efficient by taking control of the situation and remembering that this is a great opportunity, not something to worry you.