Typically, the dribblers out there are players who play, or move, in to wide positions, aiming to get in one v one situations and isolate their opponent. In these positions, players are encouraged to dribble, using their skill and trickery to beat the defender.

Seeing a good dribbler is something very exciting; top dribblers get fans on their feet and build a real buzz around the stadium. In my opinion, there’s not too much better in the game than seeing a tricky winger get the ball and leave the full back turning inside and out.

However, dribbling is typically limited to the wide areas of the pitch, but can you play more centrally if dribbling is one of the main areas of your game?

Dribbling can bring pressure on to you, but create space for your teammates. In these central positions there’s opportunities to dribble but, to be successful, the player must realise when is the right time.

If you are a good dribbler, the key is that you are aware, making sure that you look up and assess the options around you.

These are important considerations and something the best players do very well.

One of the best dribblers at the moment, from central areas, is Aston Villa’s Jack Grealish. He loves to pick up the ball and run at the opposition. Any defender, especially centre backs, will tell you that having a player run at you, who is confident with the ball, is not something that they like very much.

Defenders don’t want to be in the area making last ditch tackles, instead they would much rather be further up the field, with the play in front of them. So a player who is capable at dribbling from the central areas can be very dangerous.

In Jack Grealish there is an exciting player who will entertain the fans, while also being very effective. His goal and assist numbers are getting higher each season and this year we have seen him perform very well while on international duty for England. 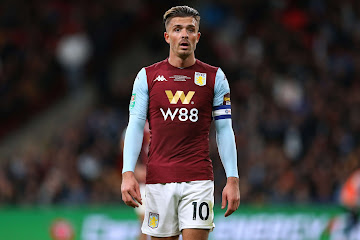 However, this hasn’t always been the case, and it’s only over the last year or so that his dribbling from central areas has been truly appreciated.

Last season, the 2019/20 season, Grealish set a record: 167 times he was fouled; the most ever against a Premier League player in one season.

At the time ex Liverpool player, and current Sky Sports pundit, Graeme Souness, said that Grealish wasn’t moving the ball quick enough, failing to have a picture of what is happening around him. However, dribbling seems to be Grealish’s game. He knows when to get on the ball and drive forward, making things happen.

If Grealish does drive forward, he invites pressure from the defence, which will create space for others in the team. So it is a valuable skill to have, even if you are playing centrally.

Typically, central midfielders are required to move the ball quickly, getting the opposition out of shape with quick patterns of play. However, there is room for dribblers, and not just out wide.

For any wingers out there, at times it can be incredibly frustrating. You know you have the beating of the full back, but the ball just isn’t coming to you. As a winger, if you don’t get the ball, it’s very hard to have a good game.

It can be demoralising, but there are opportunities for you in the central areas, if you continue to develop and work on your awareness and decision making. 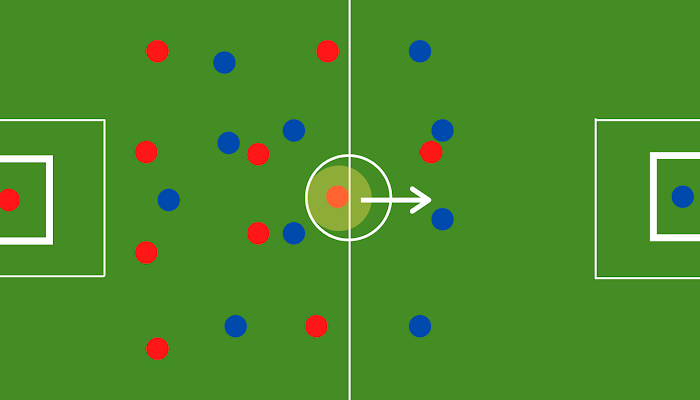 Find the pocket of space in between the midfield and defence. Then get on the ball, driving forward at the centre backs.

I feel over the next few years that we’ll start to see some of these wide players begin to move in to the central areas. Harry Redknapp did it with Gareth Bale at Spurs, putting his most dangerous player on the ball, closer to the action, and closer to the goal.

It did wonders for his game.

It also wouldn’t be a surprise to see Rashford, or Mane, move centrally at some point. If these players can get on the ball, in some space on the half turn, then they are going to have great opportunities to drive at the central defenders. In my opinion, these players will be more dangerous in these areas; they’ll get on the ball more and use their dribbling talents far more regularly, while being much closer to the goal.

What these dribblers do is exciting, and can create many opportunities, not just for themselves, but for their teammates too. Players who love to dribble have the skill to turn, drop their shoulder and beat an opponent. Dribbling doesn’t mean that you have to beat three players in one run. It could be a quick drop of the shoulder that turns possession to attack, sidestepping the defender to create opportunities to play forward.

So if you’re a dribbler, don’t feel that you are limited to playing out wide for your footballing career.

There are opportunities centrally.

It will be more congested and you’ll have to make sure that you are aware of your surroundings, while also working on your decision making. But you can get on the ball more, be closer to goal and get involved in more attacking situations.

If you’re a good dribbler, you will make things happen, creating chances and goalscoring opportunities, for yourself, and teammates.

Just take a look at Jack Grealish and see how valuable he is to the Aston Villa team.

After the European Championships this summer there is a very good chance that teams from all over Europe will have an interest in signing him. His ability to attack and dribble from the central areas is something that lots of clubs will desire.

Any player who can get on the ball and beat their opponents, especially in central areas, is very dangerous, exciting the crowd and helping create more opportunities for those around them.

There is a place for dribblers in central areas, so don’t just believe that you have to play out wide. Bringing your dribbling skills to the game will excite you, and those around you.